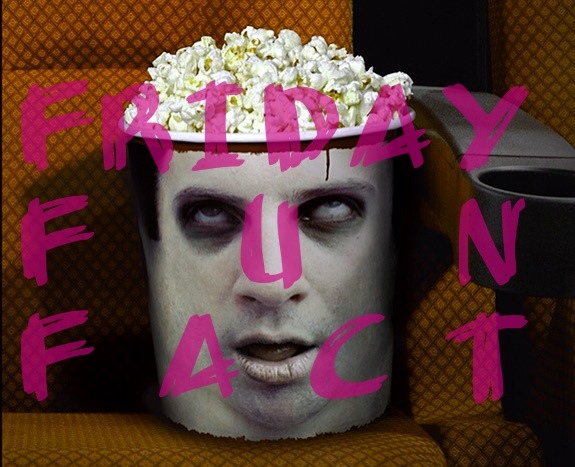 Taking a small turn away from strictly horror toward sci-fi, comes today’s FRIDAY FUN FACT. The movie in question revolves around the Nostromo: a cargo ship that receives a distress call from an unexplored planet. When the people on board the Nostromo start looking for survivors on the planet, they realize that they are in serious trouble. That’s right everyone, today we’re talking about a film that has sex, aliens, and Sigourney Weaver: Alien. Taking place in the future, Alien was a film that took the concept of monsters lurking in the shadows, and completely turned that idea on it’s head. It gave us a reason to be afraid of what could be in space, and in space – no one can hear you scream!

It even still ranks high on the list of genuine scares, [those Xenomorphs though] and rightfully so! Even after all the years since it’s release, the movie still holds up today. Not to mention Ripley, who is still a hardcore chick, being one of the most important female leads in a movie; let alone in a movie following Aliens – see what I did there? [because “Aliens” is the sequel to “Alien”.. just forget it!]

Remember how fucking scared you were when you’d just uncover your face, and see this face? If it helps you relax a little, it was actually shredded condoms that were used to create the tendons inside of the Xenomorph‘s ferocious jaw[s]. Weird, I know! Just goes to show a little goes a long way! [no pun intended? guys? you guys aren’t any fun!]

Another piece of trivia you may be unaware of is that during the hyper-sleep segment, Veronica Cartwright and Sigourney Weaver both had to wear white surgical tape over their nipples, because the director was worried they might offend certain countries. The scene I’m talking about can be seen below – just don’t expect to see nipples [if you want those, check out last week’s Friday Fun Fact!]

Probably one of [if not] the most recognizable scenes in the entire film is the famous chest bursting scene. But were you aware that Bravo‘s list of the 100 scariest movie moments [which was released in 2004] called the chest bursting scene the second scariest movie moment ever. [be sure to see the scene in all it’s glory here!] this last bit of trivia involves the director, Ridley Scott: In an interview, Scott had said that he wanted originally planned a much darker ending, which included having the alien bite off Ripley‘s head in the escape shuttle. After which the Alien would sit in her chair, and then start speaking with her voice to send a message to Earth. Apparently, 20th Century Fox was far from pleased with such an ending.. Too bad, cause that sounds insanely awesome. Sadly, it’s not even a deleted scene! talk about lame!

So what have we learned today? besides that Xenomorphs are fucking dangerous creatures, and that Ripley was supposed to be decapitated by the end of the film! Alien is a great film, and should be experienced at least once. It deserves it’s large fan base, even if it did become a sci-fi-circlejerk after a while. Oh well, I still circlejerk The Cabin In The Woods, so who am I to judge? Everyone has their preferences, right? 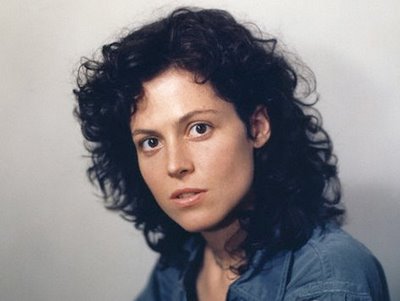 I don’t even care guys, Ripley is such a babe.