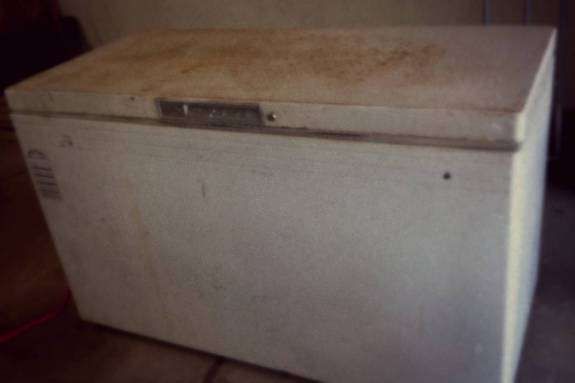 but what could today’s “prize inside” be?

I have a confession: I have an unhealthy obsession with going through sites like Kijiji and Amazon for used Blu-Rays or anything pop culture related. Although I browse them constantly, I’ve actually only bought something once. It was an Ash action figure from Evil Dead II and I absolutely love it – it’s even still in the packaging! [this is the one I bought!] However, we’re not talking about me, but rather, an unnamed woman from Goldsboro, North Carolina: She was buying a slightly used deep-freeze freezer, which she bought from her neighbor for only $30! But that’s when things got weird.. really fast; and I don’t mean it in the way we – here on warrenisweird – appreciate.. She might have even believed the seller when they asked her not to open the freezer right away, because, as he claimed, it was being used as a “time capsule” for a Sunday School project. It would have gone so well.. Except she probably would have reconsidered this sweet deal when she finally opened up the freezer and discovered something [unexpected] inside: the frozen remains of a human being. 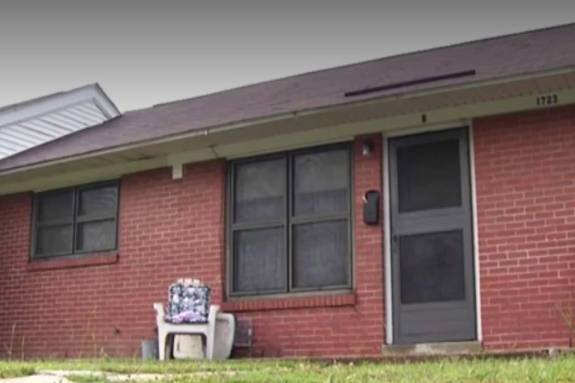 “A church was supposed to come to pick up the items inside the freezer,” the woman told WNCN News, stating that the neighbor had asked her to wait until the church arrived before opening the deep freeze up. Ultimately, “The church never came.” In the three weeks that passed afterwards, the neighbor had since moved away, claiming they were going to live closer to their mother, who was staying at a rest home in West Virginia. [making the reasoning behind selling the freezer sensible: they were “just downsizing”] The woman also mentioned that she hadn’t seen the [now deceased] elderly woman since September. As expected, once she saw what was inside the freezer, she immediately called 911. “I have a serious problem,” she told the dispatcher, describing what she’d found, while repeating “I am freaking out.”

When they arrived, Police on scene had confirmed that the contents were in fact parts of a human corpse; which the woman later identified as her neighbor’s mother. The North Carolina Medical Examiner’s office also confirmed the identification.

“She sold me her frozen mother for $30,” the woman told WNCN. “How do you do something like that?” According to the Medical Examiner, there are no signs of foul play, but the Police are treating the incident as a felony. Watch the news report on this “real horror” down below!

I guess at the end of the day, the moral of this story is that you should always look at things you’re buying with the seller when buying from someone. Even if it’s something small, like a DVD – maybe the disc isn’t in the case and you’re assuming it is..until it’s too late. Or maybe your neighbor is selling a freezer…that happens to have a dead body inside. [too soon?]

As always, if you find yourself to enjoy what I do on here, then please take a minute and follow me over on my Facebook page [we’re at over 150+ likes – let’s get to 200!] By clicking that “like” button, you’ll see every post from warrenisweird the very moment it’s been “gone live” online; and I also share links to articles and pictures/videos that will not be featured here on the blog.

Every “like” helps me a ton, giving me the ability to write more posts for you to read, so be sure to tell the horror enthusiast in your life to do the same, and share The Facebook Page with your family and friends! I’ve also been writing way more reviews on my Letterboxd account, this is because I’m trying to review every single movie I watch  – with each review coming the very next day after viewing! Are you interested yet? Check me out over there and click that “follow” button! I’m just bound to follow you back because I like reading other people’s thoughts on film, as well as writing reviews myself!