Walking home from work this morning, I quickly realized how cold it’s getting outside. Being in Canada, I have no doubt in my mind that sooner than later; there’s going to be snow on the ground – and I’m not excited for it. I’m not a fan of feeling like an ice cube: so seeing frost on the ground, and seeing people all bundled up, makes me feel like I’m halfway to frozen. That being said, it also caught my attention that there’s actually a few horror movies that take place in the winter, or at the very least; during Christmas. Since it’s that time of year, I figured this is the best time to talk about some of my personal favorite winter horror movies. Just remember: if these movies don’t give you the chills, the weather outside will… 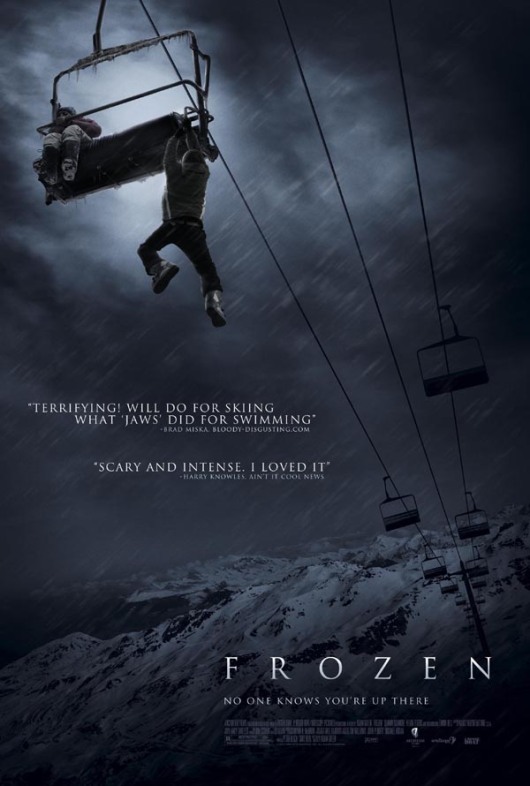 No, I don’t mean that film..Frozen is a film by a Director I hold most dear: Adam Green, and Frozen is arguably one of his best. It’s eerie, it’s atmospheric, and in case you couldn’t tell: it mostly all takes place on a ski lift. The best part is that it mainly focuses on only three people – but that’s enough to give you fright from high above, especially when the ski lift shuts down for the night…and you’re still aboard. [check out the trailer here]

Rare Exports is a film I was late to seeing because of how ridiculously  difficult it’s been trying to find a way to watch it. It makes this list because it fits both bills: it takes place around Christmas and it’s in the winter – though being from Finland, it would be snowing.. Rare Exports takes us to the depths of The Korvatunturi mountains, where 486 meters in the ice we find the closest ever guarded secret of Christmas, Santa Claus. It’s a dark film that definitely has a different spin on the holiday season. [check out the trailer here]

Arguably one of my favorite films ever, The Thing is a movie that shouldn’t be taken lightly. It’s unparalleled in the way it presents fear in the snow. Even if it could be could technically be categorized as sci-fi as well, I feel like this movie is more horror. It follows a group of scientists in the Antarctic who are forced to face a alien that seems to assume the appearance of the people it kills.. [check out the trailer here]

One part vampire story, full on horror. 30 Days Of Night is a film I watched on a whim when it first came out, only to be presently surprised at how much I enjoyed it. The only thing I knew about it, was that it was based on a comic and that there was vampires. Like The Thing above, the movie takes place in Antarctica, where for one month during the year; the sun doesn’t come out..naturally, this is perfect feeding time for vampires. It’s creepy, and shockingly more gory than expected! [check out the trailer here] 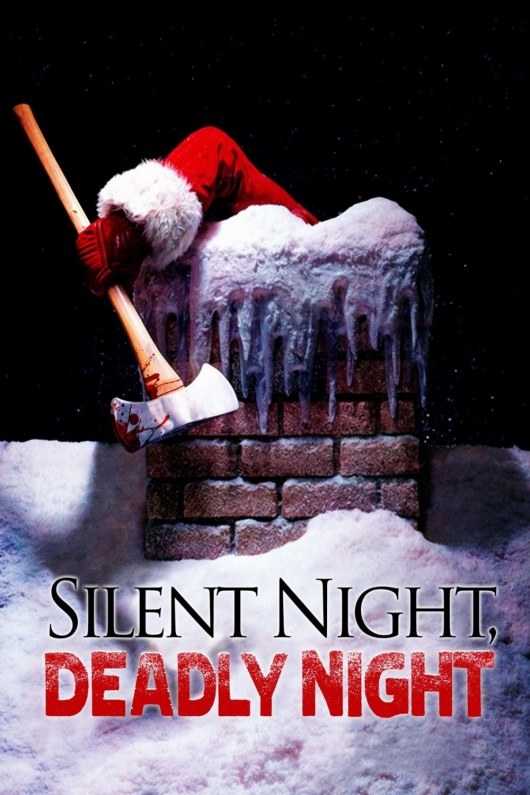 Consider the following: you see your parents get murdered, and as a result you have to stay at an orphanage.. where you’re abused by the Mother Superior. Would this make you a killer? Cause this is exactly what happens to Billy in Silent Night, Deadly Night. [check out the trailer here]

So what have we learned today? That the cold isn’t the only thing that can be considered dangerous this time of the year? That, Santa does exist, he’s just Frozen in the mountains? I guess the real lesson learned here is that Christmas is just around the corner [ugh, I know..I’m not happy about it either – so much snow on the way!] but we have to think positive: family gatherings and free food! [okay, the family gatherings don’t sound as fun as they did in my head]

Also, If you find yourself to enjoy what I do on here, then please take a minute and follow me over on my Facebook page [it’s at over 125+ likes – only a few more and we’ll have reached over 130!] By clicking that “like” button, you’ll see every post from warrenisweird the very moment it’s been posted online; and I also share links to articles and pictures/videos that will not be featured here on the blog. Every “like” helps me a ton, giving me the ability to write more posts for you to read, so be sure to tell the horror enthusiast in your life to do the same, and share The Facebook Page with your family and friends!

[if you can tell me what this screenshot is from, you’ll win my love!]